Acupuncture, Racism and African American History in the US

If you do a quick google search for the history of acupuncture in America, it will get you a few results. Most notably, is the popular Nixon era story.  In 1972 President Nixon’s Secretary of State, Henry A. Kissinger, traveled to China.  A journalist for the New York Times, James Reston, accompanied him.  While in China, James Reston ended up in a Chinese hospital requiring an emergency appendectomy.  Doctors used acupuncture to relieve his pain. Thus opening up advancements for acupuncture in the United States.  You will also discover how acupuncture was introduced most likely in the 1800 by early Asian immigrants. You might even discover early American doctors experimenting with needles, nerves, and electrical stimulation.

What you won’t read about is on November 10, 1970, The New York Lincoln Detox Center:  The People’s Drug Program was born. Not only was it the first drug rehabilitation treatment center to incorporate acupuncture in the USA, but it was also the first mass use of acupuncture by a private institution in the USA. A group of the Young Lords, Black Panthers, and members of the Health Revolutionary Unity Movement (a mass organization of health workers) with the support of the Lincoln Collective literally walked in and took over the Nurses’ Residence building of Lincoln Hospital and refused to leave. Dissatisfied with methadone maintenance as just swapping one drug pusher for another the health care providers wanted anything else to help people take back their lives. And guess what they found something- Acupuncture.

The Lincoln Detox program was recognized as the largest and most effective of its kind by the National Institute of Drug Abuse, the National Acupuncture Research Society, and the World Academic Society of Acupuncture. This was in spite of the fact that the Lincoln Hospital was a little shop of horrors for patients before the takeover. So much so that we now have a patients bill of rights.

This is where Dr. Shakur comes in.  I’ll give you the short version read more here. Mutulu Shakur (as in Tu Pac Shakur’s stepfather) is a Doctor of Acupuncture.  As an acupuncturist and health care worker, Dr. Shakur worked for and lead the Lincoln Hospital Detoxification Program in the Bronx in New York from 1971 to ‘78. Then, from 1978 to 1982, Dr. Shakur was the co-founder and co-director of the Black Acupuncture Advisory Association of North America, also known as BAAANA and the Harlem Institute of Acupuncture. 100s of acupuncturist were trained thanks to the work by Dr. Shakur. 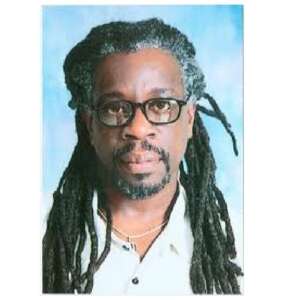 He didn’t just treat addicts. He made regular, quality, low-cost health care available to everyone in the area. The people of color in Harlem, like in most major cities then and now, were victims of all manner of home soil terror attacks. This spawned from racism and racist policies like COINTELPRO. Food deserts leading to poor nutrition, lack of adequate health care, as well as the drugs being pumped into the communities, red lining, and the reality of PTSD and PTSS from the everyday stress of living in such subhuman circumstances were exacting a heavy price out of the community. Acupuncture was used as a low-cost effective solution that was provided for POC. This became the foundation for the current community acupuncture movement. Soooo, what happened to it? Same thing that has happened to all of our great African driven institutions: dismantled, destroyed, and diluted.

Unfortunately, if you fast forward to today most African Americans have never heard of acupuncture and have no interests in trying it even if they have. Most black people have no idea the impacts this medicine has had on their history let alone on the body. It’s viewed as a luxury item for “other” people.  Most people won’t even admit they are stressed out beyond their capacity and need help dealing with life.

People of color have the unique disorder of having unnaturally high levels of stress, especially living in the USA. The long term effects of living in a world that denies your basic right to equality and inalienable rights as a human being leads to a cornucopia of physical and mental health concerns. Acupuncture is a safe effective method that can be used to help people cope with these effects without adverse side effects.
https://abolitionistpaper.wordpress.com/2013/03/15/lincoln-detox-center-the-peoples-drug-program/

Positive Side Effects of Acupuncture