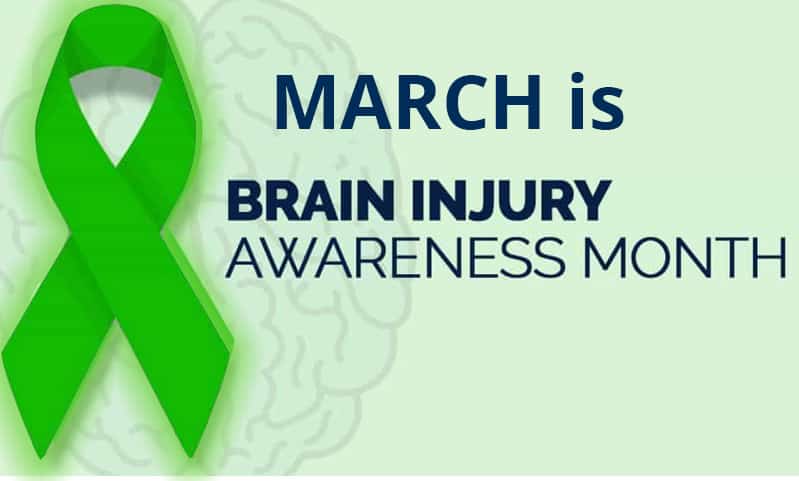 With St. Patrick’s Day quickly approaching, the possibility of brain injuries is a real concern.  Each year, traumatic brain injuries (TBI) contribute to a substantial number of deaths and cases of permanent disability. A TBI is caused by a bump, blow or jolt to the head or a penetrating head injury that disrupts the normal function of the brain. The severity of a TBI may range from mild to severe.

A traumatic brain injury (TBI) is defined as an alteration in brain function, or other evidence of brain pathology, caused by an external force. Traumatic impact injuries can be defined as closed or open. TBI’s affect an estimated 2.8 million people in the United States annually.  Of those 2.8 million, 50,000 die, 282,000 are hospitalized and the rest are treated and released.

The human brain is an amazing, complicated central processor that is made up of roughly 100 billion neurons.  TBI’s, commonly referred to as concussions, have become more prominently studied by the medical community, in an effort to quickly diagnose and treat patients, while preventing longer duration symptoms and disabilities.  However, injuries to the brain are frequently shrugged off, which can have long term side effects.  An undiagnosed and untreated brain injury can lead to problems involving concentration, mood, memory, pain perception, hormone regulation and gut function.

Acupuncture can play a pivotal role in treating TBI’s  by immediately regulating pain, reducing neural inflammation, and stabilizing unexpected mood swings and emotional outbursts as the brain heals.  Research has demonstrated that electroacupuncture quickly increases blood flow to the brain, while simultaneously clearing excess swelling around the brain.  Acupuncture also significantly reduces tumor necrosis factor – alpha, which reduces the inflammatory response around the brain.  Electroacupuncture on the scalp has been shown to increase proteins and enzymes around the neurons of the brain to promote nerve regeneration and slow the degradation of brain cells from inflammation.

All of these symptoms can be helped through the utilization of acupuncture.  As with any injury, the sooner a person begins treatment, the sooner they can recover and heal.

As most TBI’s and concussions are accidental, it is difficult to recommend ways to avoid them, aside from don’t put yourself in a vulnerable situation.  But even driving a car, can have potentially disastrous outcomes.  So if you do suffer a TBI, starting acupuncture treatments as soon as possible, is highly recommended.  But many people aren’t ever diagnosed with a TBI, making it difficult to know if they should seek treatment until later on.  Just remember that acupuncture has a proven track record of over 3000 years in helping people heal and that includes traumatic brain injuries.  So don’t wait to get started, especially if you’ve had any kind of trauma to your head.  And if you’re unsure, give us a call to discuss your options.