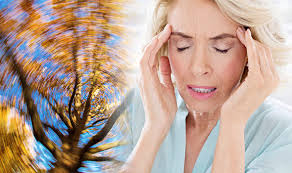 Dizziness is a symptom that is very commonly experienced by many people. However, it is often ignored, mismanaged and poorly understood by both mainstream medicine and complimentary and alternative healthcare providers. Dizziness can be a catch-all term people use to describe many different symptoms including lightheadedness, weakness and vertigo. In this article we will discuss the different type of dizziness and some of the possible underlying causes. Let’s first differentiate some of the manifestations of dizziness.

Vertigo is term used to describe a sense of spinning, whether that may be perceived as the world spinning or the person feels as though they are spinning. As soon as dizziness is associated with a spinning element, this indicates that the vestibular system is involved in the underlying pathology. The vestibular apparatus in the inner ear contains 3 semi-circular canals (anterior, horizontal, and posterior canals) and 2 otoliths (the utricle and saccule). The semi-circular canals are neurologically yoked to the muscles that control eye movements, therefore, many times vertigo is associated with non-volitional eye movements referred to as nystagmus.

BPPV is a form of vertigo related to increased firing of a specific semi-circular canal. This causes a sense of rotation in a specific direction. Vertigo is transiently triggered when the head moves in the direction of the involved canal.

If the world appears as though it is tilted or the person feels they are tilted or being pulled to one side or perhaps they feel they are being pulled to the ground or floating, these are all signs of an imbalance of the otoliths, the utricle or saccule. The utricle is involved in movement forward, backward, left and right, whereas the saccule is involved in movement up and down. If someone experiences a momentary sense of falling or being off balance as soon as they step off an elevator, this is perhaps an indication there is something happening with the saccule. If someone has a sense of continued movement after they have stopped their car, this may be a perseveration of the brain on information from the utricular system. People that experience seizures can also have the perception of the world appearing tilted.

When a person feels dizzy and off-balance without a sense of spinning, this is very often related to the autonomic nervous system which controls blood flow, heart rate and blood pressure. Positional related dizziness, such as orthostatic hypotension, is a failure of the autonomic nervous system to respond appropriately to position changes. Not enough blood is shunted to the brain, resulting in a sense of lightheadedness, darkening of the vision and even fainting. Poor breathing patterns can also trigger lightheadedness. People with chronic anxiety can experience dizziness, numbness and tingling and other autonomic signs as a result of consistent shallow breathing. Anemia can also cause dizziness and fainting and should be ruled out as an underlying cause.

If a person has weakness in the legs without a sense of spinning or lightheadedness, this can be related to a number of things from a muscular disorder, to a cerebellar pathology leading to poor muscle tone, to peripheral neuropathy.

One of the most common side effects of pharmaceutical medication is dizziness. Anyone experiencing dizziness should first check to see if dizziness is a known side effect of any of the medications being taken. Certain medications have known ototoxicity, meaning, they can cause tinnitus, hearing loss, fullness or pressure in the ears, dis-equilibrium and vertigo. Ototoxic antibiotics include streptomycin, neomycin, kanamycin, amikacin, viomycin, gentamycin, tobramycin and vancomycin.

Dizziness and vertigo are important symptoms to pay attention to and an accurate diagnosis is essential in order to develop a treatment plan.