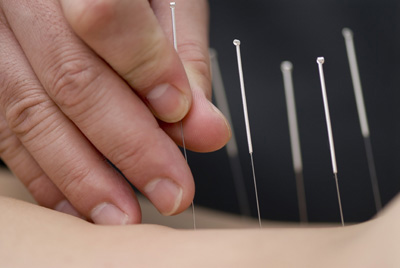 Let’s explore how acupuncture works from a western scientific perspective. There is no disagreement between the fundamental anatomical and physiological concepts of western and Chinese medicine. However, as methods of scientific inquiry have progressed, the mechanisms of acupuncture are beginning to be more clearly understood.

It relieves pain.
It reduces inflammation.
It restores homeostasis.
Homeostasis refers to the body’s ability to regulate its environment and maintain internal balance. All diseases involve a disturbance of homeostasis and nearly all diseases involve some degree of pain and inflammation. In fact, research over the last several decades suggests that many serious conditions like heart disease previously thought to have other causes are in fact primarily caused by chronic inflammation. If we understand that most diseases are characterized by pain, inflammation and disturbance of homeostasis, we begin to understand why acupuncture can be effective for so many conditions.

Several modes of action have been identified for acupuncture, which will be discussed below. The mechanisms can get quite complex. But ultimately acupuncture is a remarkably simple technique that depends entirely upon one thing: the stimulation of the peripheral nervous system.

A large body of evidence indicates that acupoints, or superficial nodes as they are more accurately translated, have an abundant supply of nerves. For 95% of all points in the range of 1.0 cm around a point, there exists nerve trunks or rather large nerve branches.

The following is a list of mechanisms that have been identified so far:

Acupuncture promotes blood flow. This is significant because everything the body needs to heal is in the blood, including oxygen, nutrients we absorb from food, immune substances, hormones, analgesics (painkillers) and anti-inflammatories. Restoring proper blood flow is vital to promoting and maintaining health. For example if blood flow is diminished by as little as 3% in the breast area cancer may develop. Blood flow decreases as we age and can be impacted by trauma, injuries and certain diseases. Acupuncture has been shown to increase blood flow and vasodilation in most regions of the body.
Acupuncture stimulates the body’s built-in healing mechanisms. Acupuncture creates “micro traumas” that stimulate the body’s ability to spontaneously heal injuries to the tissue through nervous, immune and endocrine system activation. As the body heals the micro traumas induced by acupuncture, it also heals any surrounding tissue damage left over from old injuries.
Acupuncture releases natural painkillers. Inserting a needle sends a signal through the nervous system to the brain, where chemicals such as endorphins, norepinephrine and enkephalin are released. Some of these substances are 10-200 times more potent than morphine!
Acupuncture reduces both the intensity and perception of chronic pain. It does this through a process called “descending control normalization”, which involves the serotonergic nervous system.
Acupuncture relaxes shortened muscles. This in turn releases pressure on joint structures and nerves, and promotes blood flow.
Acupuncture reduces stress. This is perhaps the most important systemic effect of acupuncture. Recent research suggests that acupuncture stimulates the release of oxytocin, a hormone and signaling substance that regulates the parasympathetic nervous system. You’ve probably heard of the “fight-or-flight” response that is governed by the sympathetic nervous system. The parasympathetic nervous system has been called the “rest-and-digest” or “calm-and-connect” system, and in many ways is the opposite of the sympathetic system. Recent research has implicated impaired parasympathetic function in a wide range of autoimmune diseases, including arthritis, lupus, rheumatoid arthritis and inflammatory bowel disease.
Several other mechanisms have been identified, but the ones I’ve listed above are the most relevant and clearly understood.

Some purists object to acupuncture being described in biomedical terms. They claim that such descriptions are “reductionistic” and narrow-minded and don’t take into account those aspects of acupuncture that we may not yet understand.

Others who are still committed to the “energy meridian” model are opposed to the biomedical descriptions because, in their eyes, such scientific inquiry “takes the magic” out of acupuncture.

While I agree that we don’t yet fully understand how acupuncture works, I think it’s vital that practitioners of acupuncture are able to explain what we do know about it from a biomedical perspective to our patients. As a practitioner, I believe I have a moral obligation to provide each patient with the latest medical explanation available in terms they can understand and relate to.

Explaining the mechanisms of acupuncture in scientific terms should not in any way lessen our appreciation of its uniqueness. The fact that inserting fine needles into the skin can have such a broad range of powerful effects is just as remarkable when those effects are explained in terms of the nervous system, as when they are explained in terms of “energy” and “meridians”. When you consider that the Chinese made these discoveries thousands of years ago, before the inventions of modern medicine (x-rays, blood tests, CT scans, etc.), acupuncture is even more impressive. And while there is some truth to the “energy” theory, because at our core, the cell, we are nothing but energy, the biological medical explanation is more widely accepted, respected and understood.

What’s more, acupuncture is inherently holistic even without the “energy meridian” theory because it restores internal homeostasis through the simple act of piercing the skin with a needle. Oh, to have been a fly on the wall thousands of years ago when this was all being discovered. =)