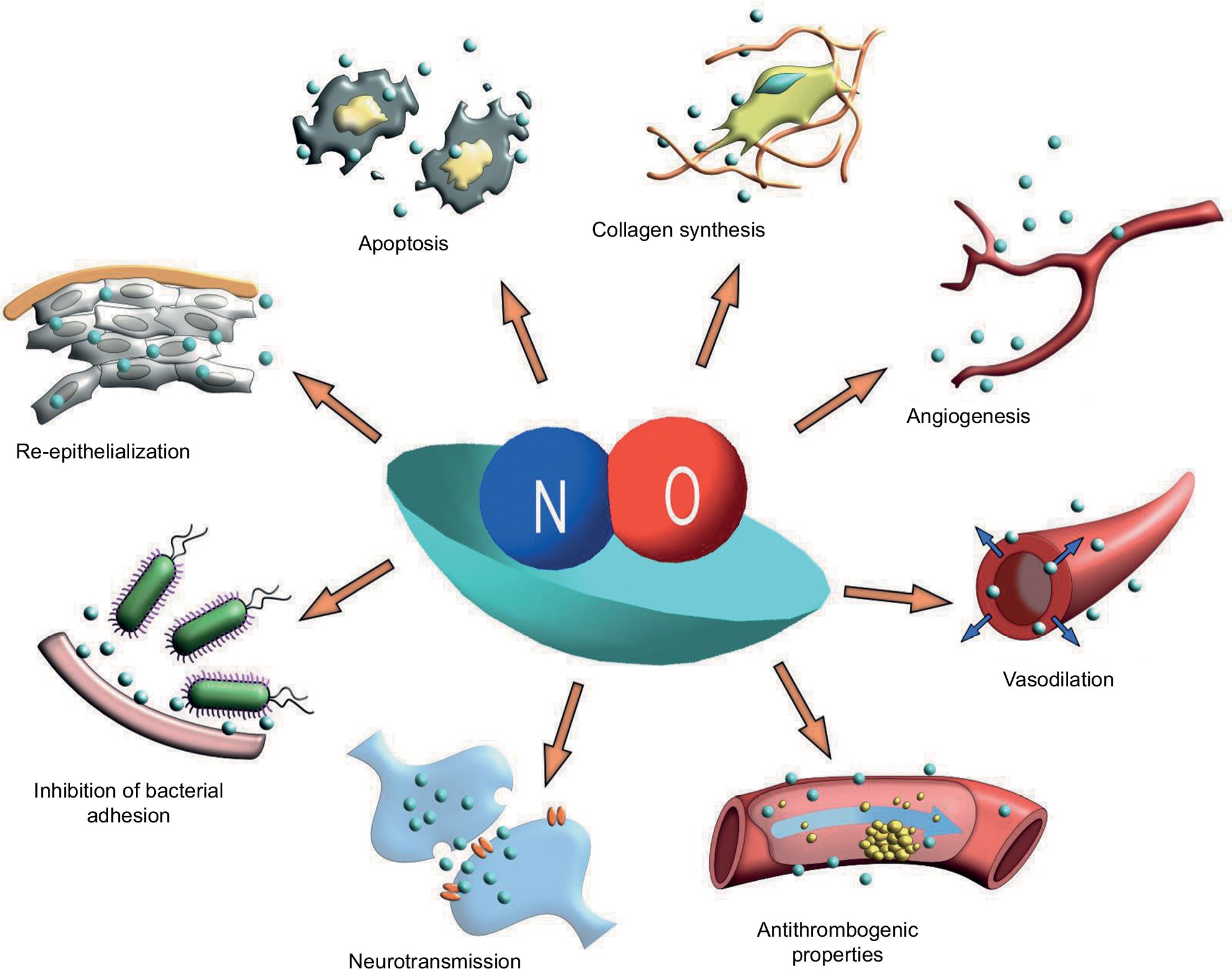 There’s a term that is used in East Asian Medicine that frequently gets misinterpreted and misused.  This term is qi.  There is also something that is a bit of a buzz word in the medical and scientific community right now.  That word is gasotransmitter.  Nitric oxide is the gasotransmitter of the moment and it should be, considering how important it is.  So let’s take a closer look at qi and the molecule nitric oxide (NO); and examine the correspondences between the traditional understanding of qi and the scientific discoveries regarding NO that suggest NO may be the physical manifestation of qi.  Since LED light therapy increases levels of NO in the body, photobiomodulation is indeed one advancement to which OM practitioners should be paying attention.

What is Nitric Oxide?

Nitric oxide (NO) was named “Molecule of the Year” in 1992 by the journal Science. However, it was another six years before those responsible for the major discoveries surrounding it won the Nobel Prize. Three U.S. scientists – Robert F. Furchgott, PhD, Louis J. Ignarro, PhD, and Ferid Murad, MD, PhD – received the Nobel Prize for Physiology and Medicine on Dec. 10, 1998, in Stockholm, Sweden. NO’s importance in sustaining life and health has increasingly been recognized in the past several decades.1

Nitric oxide is produced by virtually every cell of the body, but most of it comes from the cells lining the inner surface of blood vessels (endothelial cells), as well as from red blood cells. Qi, as we know, is inseparable from the blood, which is home to NO.

NO acts as a biological messenger, and induces and regulates the various functions of cells throughout the body.

Qi is definitively one of the most elusive and complex terms in all of the East Asian medical lexicon. It is one of the few words that is rarely translated into English; and when it is, the translation rarely expresses the true and full meaning.

To translate it as energy is doing this vital substance a disservice. So how, then, can it be explained to the curious scientific Western mind? Understanding the etymology will help.

The Chinese character for qi is fundamentally translated as a vapor, gas and moist emanation. In EAM literature, qi is often used in a term called xue qi, blood qi, which is the relationship to NO found within the blood.

Alternatively, we can consider what happens to create de qi. When a needle response is felt during acupuncture (de qi), we can say there is a transduction cascade, which is defined as mechanotransduction along the connective tissue to the sensory neuron, as well as to intrinsic sensory afferents directly innervating connective tissue.2  (Is this an effect of NO?  The cause of de qi is needle stimulation; one cause of NO increase is photobiomodulation.) Therefore, we can suppose that qi is related to signal transduction molecules which can be transmitted via blood vessels. Thus, although we cannot say NO is exactly qi, we also cannot say it is not.

How is Nitric Oxide Influenced by LED Light?

When a blood slide is viewed under a microscope before and after an LED light therapy session, it is evident that a blood stasis pattern is immediately improved when light is applied. This is why the FDA has cleared many LED light devices for improving circulation and consequently, pain relief.

NO is released from the hemoglobin into the target tissues, where it exerts its effects. At a cellular level, NO is also released from mitochondria. Although the effect of NO lasts for a few seconds, it is presumed that the therapeutic impact continues long after the light is applied. This is because there is uninterrupted blood flow to the target area, which results in a continuous influx of RBCs and a regular production of NO.

NO released by this process has several benefits. It improves blood circulation at the area of LED light application by dilating the blood vessels. It also stimulates the production of the energy compound ATP, as well as collagen, a key tissue component, which promotes formation of new blood vessels. This stimulates healing of injured tissues and can even reverse the inflammatory response.

How is Qi Influenced by LED Light?

Studies conducted in the past decade have shown that meridians are nothing more than channels of light that tend to interact dynamically with sources of light energy.3-4 It has been demonstrated that the optical property of the meridian tissue differs significantly from that of surrounding tissues, and that meridians propagate light at higher rates.5

If qi is deficient or blocked in the body, it is reflected in a deficiency or stasis pattern in the meridians, which can cause diseases in the regions or organs through which those meridians pass. When we think of meridians as light channels, it is easy to picture energy-deficient meridians as those that lack sufficient light. Therefore, we can hypothesize that it is possible  to restore and move qi energy along the meridians by applying light directly to them, and perhaps this is the most effective treatment.

The Inseparability of Qi and Nitric Oxide

Relying on modern research into signal transduction in biological systems, as well as the etymology of qi, we can define qi as a group of small, gaseous signaling molecules, including NO, known as gasotransmitters, that are major regulators in the nervous, immune and cardiovascular systems. LED light stimulates gasotransmitters in the body, including NO.

Seen in this way, we can say that the miraculous gas molecule NO is inseparable from the definition and functions of qi. Modern research has tried to find evidence that would prove the existence of qi. It has been suggested that qi can be defined as a gasotransmitter; that is, a gas that functions as a signaling and transport molecule that can course throughout the body.2 This definition shares itself with that of NO.

The Chinese character for qi means “vapor” or “gas,” which could very well be a reference to the gaseous nature of nitric oxide. Both qi and NO are present throughout the body and can diffuse through it.

Both qi and NO are closely associated with blood and blood vessels, which is the primary way they exert their effects on bodily functions. Qi and NO have several other common characteristics:

Energy: Qi is generally defined as energy. NO, while not itself “energy,” plays an important role in energy production within the body. It is believed to interact closely with mitochondria (the powerhouses of the cell) and to regulate the production of energy through them. The main effect of LED light therapy is an increase of energy.

Since we can propose that meridians are conductors of light,4 applying photobiomodulation in the form of LED light therapy can both increase the overall meridian qi and strengthen the organs these meridians supply.

In 1992, there was a study done that measured the intensity of light emission of the du and ren channels after acupuncture. It was stated in this study, although measuring the light increase was not the point of the study, that the there was not a significant increase in the amount of light emitted.6 If this same study were done using light, rather than a needle, I personally believe the outcome would have been much different.

Using technology, we can see that light immediately increases qi in the meridian. This restorative process not only increases qi, but also moves the blood, which is how the body heals.