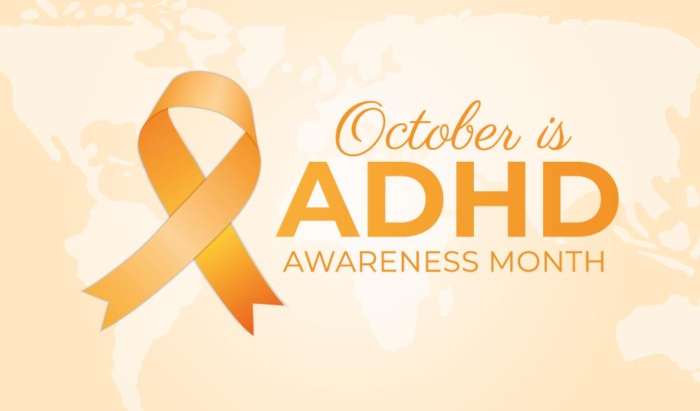 Does my child have ADHD? Do I have ADHD?  ADD / ADHD is a mental health disorder that causes children and adults to have problems with concentration, hyperactivity or both. Trouble in school, problems at work, physical restlessness, mood swings and frequent feelings of frustration can all be signs of ADHD in children and adult ADHD. Acupuncture and EAM offer a way to help symptoms of ADHD holistically, without the side effects caused by most medications.

ADD stands for Attention-Deficit Disorder, referring to the poor concentration and problems staying on task that are often experienced by people with this neurodevelopmental disorder.  Children and adults with ADD are easily distracted and may appear to be “daydreaming” a lot of the time.  ADHD stands for Attention-Deficit Hyperactivity Disorder, in reference to cases in which a person also exhibits impulsiveness or difficulty sitting still.  ADHD usually starts in childhood, but frequently, ADHD symptoms can carry over into adulthood and continue to cause problems throughout a person’s lifetime.

While ADHD in adolescents and children has been studied widely in recent years, the causes are still unknown. It is generally believed to be due to disordered biological processes occurring in the brain, and considered to be possibly genetic in origin. ADHD may be related to atypically low levels of chemical neurotransmitters like dopamine. Metabolism in the part of the brain that controls attention, movement, and social interaction appears to be different in brain imaging tests of children with ADHD.

Becoming frustrated or easily angered can be a sign of ADHD.  For children with ADHD, this may lead to problems in school and even learning disabilities.  Interrupting, not being able to wait their turn, fidgeting and being forgetful or seeming careless are the obvious outward signs of ADHD that can sometimes make school challenging for children and cause them to be considered disruptive in the classroom.

According to current conventional medical thought, ADHD is considered a product of chemical imbalances in the brain.  ADHD in children is associated with behavioral problems that make it difficult to excel in school. Adults with ADD may have trouble finding success in their daily work and lives.  For these reasons, people will consider getting medical treatment for ADHD.  As with most psychiatric issues, treatment tends to focus on a combination of behavioral counseling and pharmacological intervention.  Medications used to treat ADHD in both children and adults are stimulants that are thought to help boost attention span and a person’s ability to focus.  However, acupuncture and herbs can be used as an adjunct therapy or an alternative to medical treatment with drugs for ADHD in both children and adults.

Top 3 Types of ADHD:
ADD or ADHD symptoms manifest in a unique combination in each individual.  Presentations of ADHD are divided into three categories:

Boys are statistically more likely to be diagnosed with ADHD, which may have something to do with the fact that ADHD symptoms show up differently in girls.  Parents and teachers may have a stronger tendency to explain girls’ behavior as being personality-based (“talkative” or “tomboy-ish”) rather than a serious problem worthy of attention.  Girls may also be more likely to compensate for their ADHD, finding coping mechanisms that help them get along with teachers allowing them to appear to be OK, even if they are struggling with schoolwork or social problems.

ADHD and ASD (autism spectrum disorder) can often present in similar ways and can coexist in some cases. Over half of the people who have been diagnosed as autistic also show signs of ADHD, while about a quarter of the people with ADHD are also considered to be on the autism spectrum.  Some of the key differences between these two neurodevelopmental disorders are that children with ADHD are much more likely to show improvement in their behaviors as they grow up and that people with ASD are more likely to be hyperfocused rather than distracted.

When symptoms of ADHD are found in children, it is not unusual for parents to recognize that they, too, have faced similar struggles in their lives.  Research suggests that about half of the time that a child is diagnosed with ADD or ADHD, at least one of their parents shows signs of the disorder as well.

Of course, everyone experiences some or all of these behaviors and emotions at some point in their lives. But if these problems began in childhood and continue to cause problems in daily life on an ongoing basis, then it may be due to adult ADHD.

Testing for ADHD
Evaluation for ADHD is usually performed by a mental health professional, pediatrician, or family physician.  There is no one specific test to determine if a child or adult has ADHD and the interpretation of the tests is completely subjective.  Diagnosis is usually based on a comprehensive discussion with the patient and family members to determine whether a person displays 5-6 or more commonly recognized symptoms of ADD or ADHD, according to guidelines set by the American Psychiatric Association.  Brain imaging methods such as MRIs are used to conduct research about ADHD, but they are not part of a typical diagnostic process for the average person.

Medications for ADHD
Doctors commonly treat ADD or ADHD with stimulant medications that increase levels of dopamine and norepinephrine and are meant to help them focus better. These medications are based in amphetamine (Adderall, Dexedrine, etc.) or methylphenidate (Ritalin, etc.). Some are short-acting and need to be taken in 4-hour intervals; others are longer-acting or designed to last all day.

While these medications are considered safe for children, they do not work in every case and they carry a variety of side effects, including changes in appetite, stomach problems and sleep problems. These types of drugs constrict the blood vessels and can cause heart problems like arrhythmia, high blood pressure and even heart attacks in some patients.  They can also have a negative impact on mood and mental health, causing a child or adult to become even more irritable and / or anxious. In many cases, stimulant medications have been linked to suicidal ideation and aggressive behavior in children and adolescents.

Acupuncture for ADHD
EAM philosophy acknowledges the interconnectedness of the mind, spirit and body.  In the EAM view, problems like ADHD are concerned with imbalances of the heart, the mind and the Shen (spirit).  Pathogens like fire, wind and dampness can invade the head, affecting the mind, as well as the physical organs of the body.

Problems with concentration and restlessness stem from wind and excess heat in the head.  Feelings of anger and frustration are often rooted in liver qi stagnation.  Troubles with the appetite and digestion are often connected to deficiency in the kidneys and the spleen. Thus, acupuncture treatment and herbal preparations will be designed to clear heat, move liver qi and strengthen the spleen and kidneys.

The medications often prescribed to treat ADHD can actually have further negative effects on the heart and kidneys, causing deficiencies of liver qi and kidney qi.  A research study conducted with almost 600 children showed that acupuncture had an 84% efficacy rate.  A study to test the effectiveness of electro-acupuncture on preschoolers with ADHD found not only that the majority of children showed improvement of symptoms, but that the improvement was still evident at a six-month follow-up.

Auricular acupuncture, in which points on the outer ear are stimulated with very tiny, thin needles or seeds that can be stuck to the ear and gently massaged daily, can be particularly effective for children, as it is very minimally invasive.  Certain herbs used in formulations to address attention deficits have been shown to help improve learning and memory.

If you or your child is struggling with attention deficit or impulsiveness, it can be stressful and scary to decide what to do about it. Poor concentration and hyperactivity can get in the way of doing well in school or work and make it difficult to have positive social interactions and form relationships. It is certainly important to address these issues rather than ignoring them and hoping they’ll go away.  However, many people are concerned that medications may have negative side effects or be habit-forming.  For these reasons, you may want to consider acupuncture as a natural way to address ADHD.

If you would like to read more about this subject, please contact me.  My thesis was on treating ADHD with EAM and I am happy to email a copy to anybody who is interested in learning more.  Or you can also contact me to set up an appointment.  Either way, I’m happy to help and just a call / text message away.